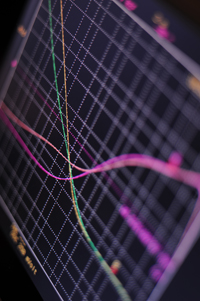 Kevin O’Brien joined RLE in the fall of 2018 as an Assistant Professor of Electrical Engineering and Computer Science. His research focuses on engineering nonlinear and quantum-mechanical light-matter interactions at microwave frequencies using the platform of superconducting circuits. The goals are twofold: to explore the fundamentals of quantum mechanics and quantum measurement in engineered systems such as metamaterials and to develop quantum technology necessary for quantum computation, such as quantum-limited amplifiers, isolators, and qubits.

He received a BS in physics from Purdue University and a PhD in physics from the University of California at Berkeley, studying the nonlinear properties of optical metamaterials with ultrafast optics and performing theoretical work on superconducting quantum limited amplifiers. He completed postdoctoral work at the University of California at Berkeley developing high-coherence superconducting quantum processors.