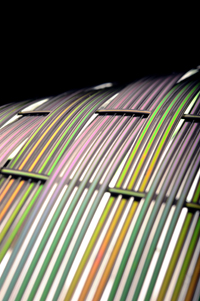 Henry I. Smith received the BS degree in physics from Holy Cross College in 1958, and the MS and Ph.D. degrees, also in physics, from Boston College in 1960 and 1966, respectively.  From 1960 to 1963 he served as an officer in the US Air Force.  He was an Assistant Professor at Boston College, 1966–68. From 1968 to 1980, at MIT Lincoln Laboratory, he worked on surface-acoustic-wave devices and pioneered the development of nanofabrication techniques.  He founded the Submicrometer Technology Group at Lincoln Lab and served as its leader until 1980 when he joined MIT as a Professor of Electrical Engineering and Founding Director of the NanoStructures Laboratory. From 1990 to 2005 he held the Joseph F. and Nancy P. Keithley Chair in Electrical Engineering. In 2013 he became Professor Emeritus.

Prof. Smith is a member of the National Academy of Engineering and a Fellow of the American Academy of Arts and Sciences, the IEEE, the Optical Society of America, the National Academy of Inventors and the International Society for Nanomanufacturing. He is a recipient of the IEEE Robert N. Noyce Medal, the Cledo Brunetti Award of the IEEE, the Baccus Award of the SPIE, the Nano 50 Innovator Award, the Robert H. Hill Memorial Award, the Professional Excellence Award of the Boston College Alumni Association, and an honorary Doctor of Science from Holy Cross College.  He was a visiting scientist at: University College, London (1972); Thompson CSF, Paris (1974); The Norwegian Institute of Technology (1976); Nippon Telegraph and Telephone Corp., (1990); the University of Glasgow (1990); the University of Canterbury, New Zealand (1999); the University of Goettingen (1999); and the Max Planck Institute (1999) under a Humboldt Research Award for Senior US Scientists.

Prof. Smith serves on the Advisory Committee of the International Conference on Electron, Ion, and Photon Beam Technology and Nanofabrication.  He is a cofounder of two MIT spinoffs, LumArray, Inc. and Sublimit, LLC, and serves as the President and CEO of LumArray. At MIT Prof. Smith serves as the Faculty Mentor for the Women’s Varsity Tennis Team.