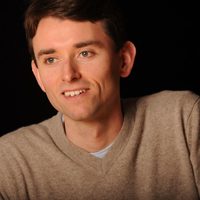 Request a change to this page
Research Assistant

Colin Connolly graduated in 2004 from Stanford University, where he
completed an honors thesis in helium-3 melting curve thermometry with
the guidance of Prof. Douglas Osheroff. At Harvard University, Colin
applied his low-temperature physics background to atomic physics
problems in the group of Prof. John Doyle. He has used the technique
of buffer-gas cooling to cool and trap atoms at cold and ultracold
temperatures, including the creation a Bose-Einstein condensate of
metastable helium atoms without the use of laser cooling, along with
Charlie Doret.