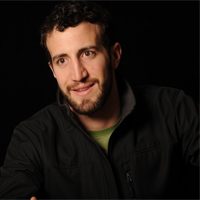 Vuletic
Request a change to this page
Postdoctoral Fellow

Jon studied physics and played soccer at Caltech, graduating in 2004. He conducted his doctoral work in the group of Vladan Vuletic at MIT, studying cavity quantum electrodynamics with atomic ensembles. Since 2010 he has been a postdoc in the group of Markus Greiner at Harvard, investigating many-body physics of strongly correlated bosons.