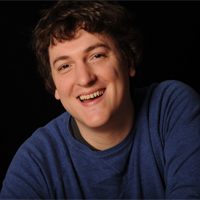 Request a change to this page
Postdoctoral Fellow

I studied Physics at the University of Marburg, Germany (2000-2002), the University of Eindhoven, Netherlands (2003), and the University of Heidelberg (2003-2007), where I attained my Diploma of Physics in 2004 in the group of Prof. Joerg Schmiedmayer. During this Diploma thesis I participated in the construction of a new Atomchip BEC experiment aiming towards the realization of a chip-based atom interferometer. For my PhD I stayed with the same project, continuing the work on atom interferometry. In 2005 we realized the first coherent splitting of a single BEC with an interferometer based on radio-frequency induced dressed state potentials. We then employed this interferometer to study the phase fluctuations in a weakly interaction one-dimensional Bose gas.
After finishing my PhD thesis in 2007, I joined the group of Prof. Mikhail Lukin at Harvard University as a Post Doc. Here, I work on trapping laser-cooled atoms inside the hollow core of a photonic crystal fiber. This novel approach, realized in collaboration with Prof. Vladan Vuletic from MIT, aims at realizing a nonlinear medium at the level of single or few photons in a cavity free setup. Over the last year, in a series of first experiments, we have demonstrated nonlinear responses of the system at the level of ~100 photons. Currently, we are investigating various methods of further reducing the number of photons required for nonlinear response of the medium, ideally down to single photons.