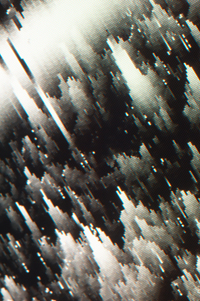 Claude Shannon and George Boole, Enablers of the Information Age

Claude Shannon and George Boole, Enablers of the Information Age

Abstract:
Claude Shannon (1916–2001) and George Boole (1815–1864) created much of the intellectual foundation for the evolution of the information age. Shannon’s magnum opus in 1948 clarified the basic nature of information and how it could be communicated, stored, and processed. Boolean logic, developed a century before, was shown by Shannon to be a key for digital design.

The purpose of this talk is not to compare the roles of Shannon and Boole to other pioneers of the information age, but rather to show how their theoretical ideas found their way into the main stream of information technology. Perhaps more important, we try to learn about doing research from how these grand masters practiced their trade.

Bio:
Robert G. Gallager (BSEE 1953, U. of Pa.; S.M. 1957, MIT; Sc.D 1960, MIT) Professor Gallager has been on the EECS faculty at MIT since 1960, retiring in 2001 but remaining relatively active in Information theory, Communi- cation  technology, Data Networks. and Stochastic processes.

He received the IEEE I.T Society Shannon Award in 1983, the IEEE Medal of Honor in 1990, an MIT Graduate Student Teaching Award in 1993, the Technion Harvey Prize in 1999, the Eduard Rhein Prize in 2002 and the Marconi award in 2003. He is a member of the American Academy of Arts and Sciences, and the U.S. National Academies of Engineering and Science.