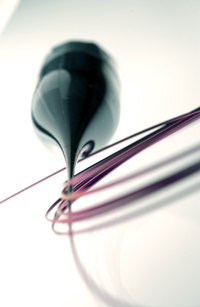 Erich P. Ippen Awarded the Ives Medal of the Optical Society of America

The Research Laboratory of Electronics (RLE) at the Massachusetts Institute of Technology (MIT) announces that Professor Erich P. Ippen, a principal investigator in RLE and a member of both the Departments of Electrical Engineering and Computer Science (EECS) and of Physics at MIT, was awarded the Optical Society of America’s (OSA) Frederic Ives Medal of the Jarus W. Quinn Endowment. The Ives Medal is the OSA’s highest honor, and recognizes Professor Ippen for “…laying the foundations of ultrafast science and engineering, and providing vision and sustained leadership to the optics community.” The Ives Medal will be presented to Professor Ippen in October 2006 at the OSA’s 90th Annual Meeting in Rochester, New York.

Professor Ippen and his group in RLE have pioneered important new areas of optics, particularly in the areas of femtosecond science and ultra-highspeed devices, inventing new methods for generating extremely short bursts of light using lasers, innovating techniques to exploit the time resolution such pulses provide, and using these new techniques to probe ultrafast phenomena in materials.

Said Jeffrey H. Shapiro, RLE Director and Julius A. Stratton Professor of Electrical Engineering, “Professor Ippen is an extraodinary scientist, engineer and scholar. Many key concepts and achievements of modern optics originate with his work, and his group in RLE continues to push the boundaries of our understanding of optical phenomena and the potential revolutionary applications of that new understanding. Professor Ippen, in addition, is a marvelous colleague, a leader both within MIT and on the world stage in the field of optics, and a devoted teacher and mentor of students. I can think of no one more deserving of the Ives Medal.”

Founded in 1916, the OSA was organized to increase and diffuse the knowledge of optics, pure and applied; to promote the common interests of investigators of optical problems, of designers and of users of optical apparatus of all kinds; and to encourage cooperation among them. The modern mission of OSA is to promote the generation, application and archiving of knowledge in optics and photonics and to disseminate this knowledge worldwide.

The Optical Society of America (OSA)