It is with great sadness that I report the death of Henry J. Zimmermann, Professor Emeritus of Electrical Engineering and fourth Director of the Research Laboratory of Electronics.  Professor Zimmermann died Sunday, 18 March 2007, at Meadows on Edgewood in North Andover, Massachusetts.  He was ninety years old. 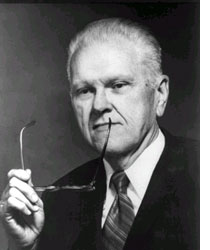 Professor Zimmermann was born in St. Louis, Missouri, in 1916.  He was graduated from Washington University (BS ’38) and MIT (SM ’42). He joined MIT’s Department of Electrical Engineering as a research assistant in 1940, and was appointed Assistant Professor in 1946, Associate Professor in 1948, and Professor in 1955.

During World War II, he organized and developed radar training courses in MIT’s Radar School, first as an instructor (1941–42), then supervisor of Army courses (1942–44), and finally Assistant Director (1944–46). He also co-authored the school’s landmark book, Principles of Radar.

In 1947, he became a staff member of RLE, where he supervised Project Meteor, a project to develop guided missiles. He was appointed Associate Director of RLE in 1952, and became the Laboratory’s fourth director in 1961. He remained Director until 1976.  Professor Zimmermann was known for his technical contributions in microwave systems, nonlinear circuits, and signal processing.

Professor Zimmermann is survived by his wife of sixty-one years Priscilla (Durland) Zimmermann of North Andover; daughters Brenda Ferriero of Acton, and Gail Zimmermann and her husband David Ferriero of Durham, North Carolina and New York, New York; sons, Karl and his wife Susan Niefield of Rexford, New York, and John and his wife Bette Schofield of Boxford, Massachusetts; and granddaughter Abigail Zimmermann-Niefield of Rexford, New York. At the request of the family services are private with the assistance of Cataudella Funeral Home, 126 Pleasant Valley Street, Methuen, MA 01844. 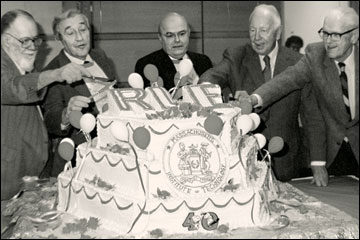