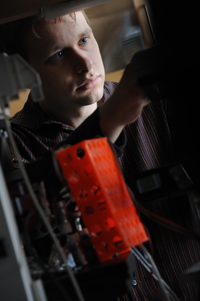 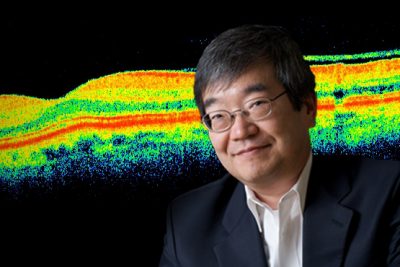 On December 14th, 2020, The Sanford and Susan Greenberg Prize to End Blindness will honor 13 scientists who have made extraordinary headway in the worldwide battle against blindness: among them will be James G. Fujimoto, Elihu Thomson Professor of Electrical Engineering within MIT’s EECS Department.

Recipients of the Greenberg Prize are honored in two categories: the Outstanding Achievement Prize, highlighting strides toward treating and curing blindness, and The Visionary Prize, providing funding for scientists whose research exhibits significant potential in ending this debilitating condition. Prof. Fujimoto, a principal investigator in the Research Laboratory of Electronics (RLE), will be awarded the Visionary Prize for his research, which focuses upon the areas of biomedical imaging, optical coherence tomography (OCT), advanced laser technologies and applications.

As this National Geographic story explains, the Greenberg Prize originates in the personal experience of Dr. Sanford Greenberg, who lost his vision as a young man and subsequently vowed to spend the rest of his life working to ensure that no one else would have to share the devastation of his experience. Inspired by milestone scientific efforts such as the moon landing and the development of the polio vaccine, Greenberg has set an ambitious goal of total worldwide eradication of blindness, regardless of underlying cause. To that end, he and the other members of the governing prize committee have set out to identify and connect scientists worldwide who are making critical headway in the battle against the condition.

The award ceremony, which will stream on Monday, Dec. 14th at 7:00 PM EST, is free for all to attend virtually, and will feature celebrity appearances, musical performances, the unveiling of a sculpture created by Frank Stella in honor of the prize, and a tribute to the late Ruth Bader Ginsburg, a longtime supporter of the Greenberg’s philanthropic work.

A principal investigator in the Research Laboratory of Electronics (RLE) and Adjunct Professor of Ophthalmology at Tufts University School of Medicine, James Fujimoto earned his S.B., S.M., and Ph.D. in EECS from MIT in 1979, 1981, and 1984 respectively. He joined the MIT faculty in 1985, and has been conducting research ever since.