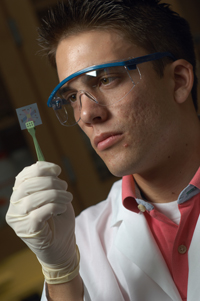 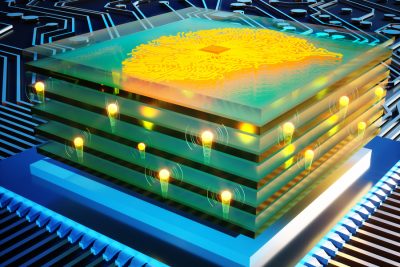 Nanoscale ionic programmable resistors for analog deep learning are 1000 times smaller than biological cells, but it is not yet clear how much faster they can be relative to neurons and synapses. Scaling analyses of ionic transport and charge-transfer reaction rates point to operation in the nonlinear regime, where extreme electric fields are present within the solid electrolyte and its interfaces. In this work, we generated silicon-compatible nanoscale protonic programmable resistors with highly desirable characteristics under extreme electric fields. This operation regime enabled controlled shuttling and intercalation of protons in nanoseconds at room temperature in an energy-efficient manner. The devices showed symmetric, linear, and reversible modulation characteristics with many conductance states covering a 20× dynamic range. Thus, the space-time-energy performance of the all–solid-state artificial synapses can greatly exceed that of their biological counterparts.