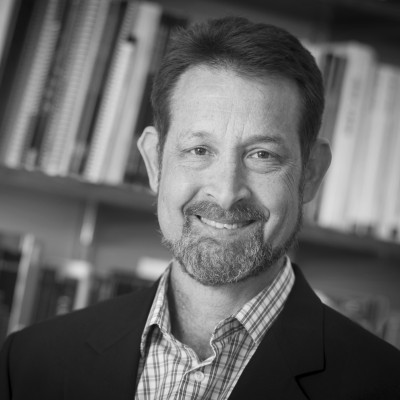 Professor Andrew Weiner of Purdue University will deliver the 2015 Hermann Anton Haus Lecture Wednesday, April 22, 2015 at 4:00 pm in the RLE conference facility, Building 36 Rooms 428 and 462. A reception will follow the lecture.

Andrew Weiner is the Scifres Family Distinguished Professor of Electrical and Computer Engineering at Purdue University. Dr. Weiner is a member of the National Academy of Engineering and is a Department of Defense National Security Science and Engineering Faculty Fellow. He recently served a three year term as Chair of the National Academy’s U.S. Frontiers of Engineering Meeting and and is currently Editor-in-chief of Optics Express, an all-electronic, open access journal publishing more than 3000 papers a year emphasizing innovations in all aspects of optics and photonics.

Professor Weiner earned his S.B., S.M., and Sc.D. in electrical engineering from MIT in 1979, 1981, and 1984, respectively. As a bachelor’s and master’s student he worked with Hermann Haus, and as a doctoral student he worked with Erich Ippen. He then joined Bellcore in New Jersey, first as Member of Technical Staff and later as Manager of Ultrafast Optics and Optical Signal Processing Research. In 1992 he joined Purdue as Professor, and has since graduated over 30 Ph.D. students. Professor Weiner has also spent sabbaticals at the Max Born Institute for Nonlinear Optics and Ultrashort Pulse Spectroscopy, Berlin, Germany and at JILA, University of Colorado and National Institute of Standards and Technology, Boulder, Colorado.

Professor Weiner’s research focuses on ultrafast optics, with a focus on processing of extremely high speed lightwave signals and ultrabroadband radio-frequency signals. He is especially well known for his pioneering work on programmable generation of arbitrary ultrashort pulse waveforms, which has found application both in fiber optic networks and in ultrafast optical science laboratories around the world.

Professor Weiner is author of a textbook entitled Ultrafast Optics, has published eight book chapters, over 300 journal articles, and over 500 conference papers, and is the holder of 16 U.S. patents. His numerous awards include the Hertz Foundation Doctoral Thesis Prize (1984), the Optical Society of America’s Adolph Lomb Medal (1990) and R.W. Wood Prize (2008), the International Commission on Optics Prize (1997), and the IEEE Photonics Society’s William Streifer Scientific Achievement Award (1999) and Quantum Electronics Prize (2011). At Purdue he has been recognized with the inaugural Research Excellence Award from the School of Engineering (2003), the Provost’s Outstanding Graduate Student Mentor Award (2008), the Herbert Newby McCoy Award for outstanding contributions to the natural sciences (2013), and the College of Engineering Mentoring Award (2014).

The Hermann Anton Haus Lecture is RLE’s visiting lecturer program designed to bring the leading world researchers in fields intersecting RLE interests to RLE to share their thoughts and perspectives with the MIT community. The lecture honors the memory of Professor Haus, and continues the process of collaborative dialog that he promoted throughout his lifetime.

The lecture is open to all members of the MIT community.