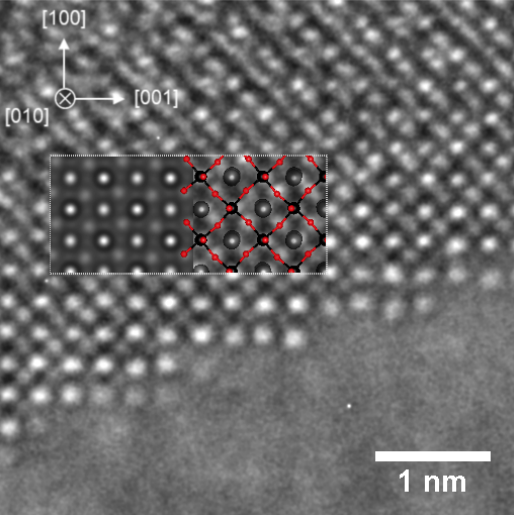 Perovskites have been widely studied for electrocatalysis due to the exceptional activity they exhibit for surface-mediated redox reactions. To date, descriptors based on density functional theory calculations or experimental measurements have assumed a bulk-like configuration for the surfaces of these oxides. Herein, we probe the initial exposed surface and screened subsurface of LaMnO3 particles, demonstrating that their augmented activity towards the oxygen reduction reaction (ORR) can be related to a spontaneous surface reconstruction. Our approach involves high energy resolution electron energy-loss spectroscopy (EELS) for fine structure probing of oxygen and manganese ionization edges under electron beam conditions that leave the structure unaffected. Atomic multiplet and density functional theory calculations were used to compute theoretical energy-loss spectra for comparison to experimental data, allowing to quantitatively demonstrate that the particle surface layers are La deficient. This deficiency is linked to equivalent tetrahedral Mn2+ sites at the reconstructed surface leading to the coexistence of +3 and +2 oxidation state of Mn at the surface layers. This electronic and structural configuration of the as-synthesized particles is indirectly linked to strong adsorption pathways that promote the ORR on LaMnO3 and thus it could prove to be valuable design feature in the engineering of catalytic surfaces.