Wavelets and Signal Processing: A Match Made in Heaven 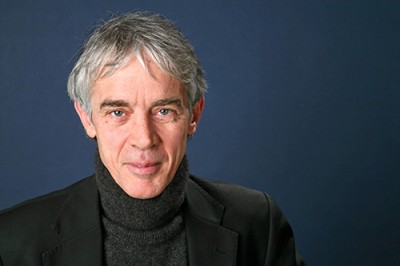 Abstract:
While the concepts and intuitions around wavelets have been around for longer, the real impact started about 30 years ago with new constructions, connections, algorithms and applications. In particular, a strong connections emerged between applied harmonic analysis and digital signal processing. In this talk, we briefly look at the history of wavelets, from signal processing algorithms originating in speech and image processing, to harmonic analysis constructions of orthonormal bases. Then we review some recent results obtained by revisiting classic problems (sampling, uncertainty) using a wavelet view of the world.

Biography:
Martin Vetterli received an Electrical Engineering degree from ETHZ in 1981, an MS degree from Stanford in 1982, and a Doctorate degree from EPFL in 1986. He has held faculty positions at Columbia University, University of California at Berkeley and is currently Full Professor at EPFL. He has also held a number of other positions at EPFL. Since January 2013 he is President of the National Research Council of the Swiss National Science Foundation.  His research is in the areas of electrical engineering, computer sciences and applied mathematics including wavelet theory and applications to compression and self-organized communications systems.  He is the co-author of three textbooks, “Wavelets and Subband Coding”, “Signal Processing for Communications” and “Foundations of Signal Processing”. Professor Vetterli has received many awards for his research and was recently elected as a Foreign Member of the National Academy of Engineering.

A subsequent talk will be held on Tuesday, Sept. 29th in 3–133 to discuss fundamental properties of Euclidean distance matrices.